Countershading - often referred to as the white tummy in Bengals - is the expression of a dark topside and a light underside.  Current Biology published how modern technology has allowed scientists to learn about the camouflaging patterns, including countershading, in dinosaurs.  This amazing, beautiful, purposeful pattern has been around for, literally, millions of years. 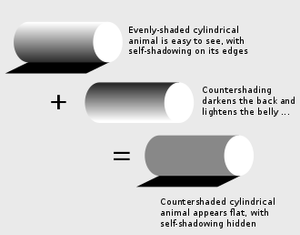 It may seem odd that a white tummy pattern could be so effective in its purpose that it permeates the animal world from crustaceans to amphibians, reptiles, birds, and mammals.  So how does it work, exactly?  The diagram to the right from Wikipedia demonstrates how countershading darkens the back and lightens the belly.  While the light from above would typically cast a conspicuous shadow, the countershading balances the shadow giving the animal a flat, two-dimensional appearance; therefore, a predator's eye would move past it, not recognizing it as a live animal that would be a tasty snack.   Also, animals who are seen from both above and below use countershading to blend into the background from both directions.  Imagine a bird of prey stalking a cat in the trees; the dark spotted top coat would blend in with the tree bark.  Likewise, if a wild dog were looking up into the trees from the ground, the light belly would blend with the light of the sky.  In more ways than one, countershading helps animals avoid detection by other animals which is beneficial as both predator and prey. 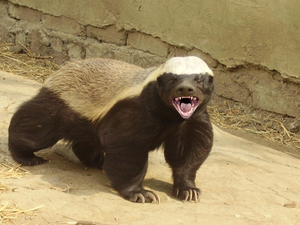 How do we know this pattern is useful?  One is by the sheer number of species that have evolved to have a countershading pattern.  In addition, several studies have been done over the years, and they have all concluded that "countershaded prey avoided predation more effectively than prey that were uniformly shaded or those that display a dark ventral surface" (Kamilar, J.M. Int J Primatol (2009). Interestingly, though, we also see further evidence in species who have evolved to have reverse countershading.  Both the Honey Badger and the Skunk display reverse countershading - a light topside and a dark underside. These animals have strong natural defenses and do not hide from predators. They want to be seen. The reverse countershading pattern is a method of warning other animals to stay away. 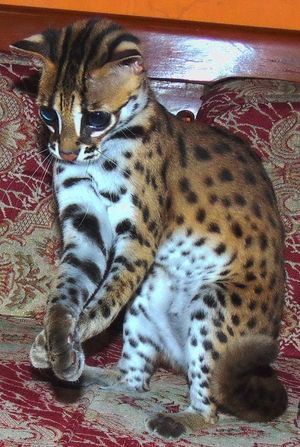 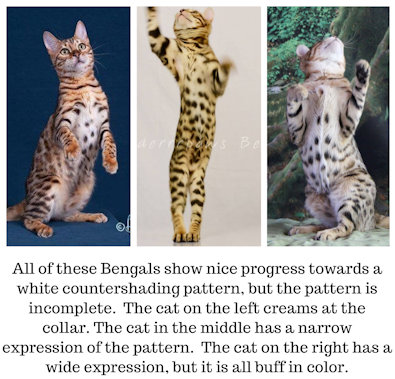 What does the countershading pattern look like in development?  The countershading pattern in development on a Bengal cat can express in a variety of ways.  First, it may not be white - but either cream or gray.  Any lightening of the underbelly indicates that some of the three steps - the genetics, the protein, and/or the switch - are present in the cat, but not all.  We have noticed that Bengals with a Leopard cat white countershading pattern has a slight gray tint to the base of the white hairs.  When that gray travels too far up the hair shaft, the countershading pattern appears gray.  While this isn't perfect, it is a significant step towards the ideal. On the other end of the spectrum, when too much yellow pigment is signaled into the developing tummy hairs, the pattern appears cream or buff.  Again, this isn't the ideal, but it is a significant step forward from a cat whose tummy hairs are the same color as their body hairs. 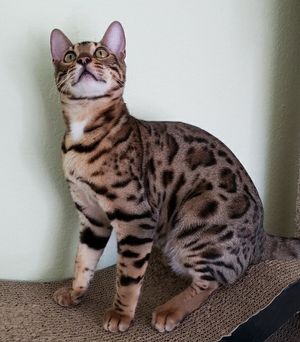 Another way to distinguish countershading from areas on non-pigmented white is to look for pattern within the countershading area.  Some portion of the countershading pattern will have spots within it. It is a challenge to get black pattern to display throughout the whole of the countershaded area, but again, look at the white hairs if in doubt. They will either have a hint of gray pigment at the base, or they will have a slight yellow pigment throughout the hair, therefore, making them not pure white.  The underlying skin of the countershaded area will have pigment as well as the hairs.  The picture of the cat on above and to the right shows an obvious area of non-pigmented hair on his throat - otherwise know as a locket.  The skin beneath the locket does not have any pigment either.  Lockets involve totally different, much simpler genetics. We must be careful to avoid crediting these non-pigmented lockets as having any connection to the countershading pattern; furthermore, we must also accurately learn to distinguish the difference between them.  Lockets are nondesirable and penalized in the show hall while countershading is desirable and difficult to achieve.  Because it is a unique pattern distinctive to tree-dwelling, nocturnal wildcats, countershading should be rewarded.  Confusing the two is detrimental to breed development. 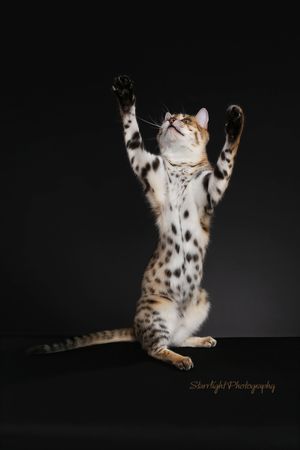 One day it would be nice to see all Bengals display this unique and magnificent pattern.  But until then, we should treasure the ones who do.  Encourage Bengal breeders to keep moving forward with Bengals that express partial patterns. Right now, all we can do is hope our throw of the genetic dice lands in our favor, but perhaps, one day, we can throw those dice with more educated precision.